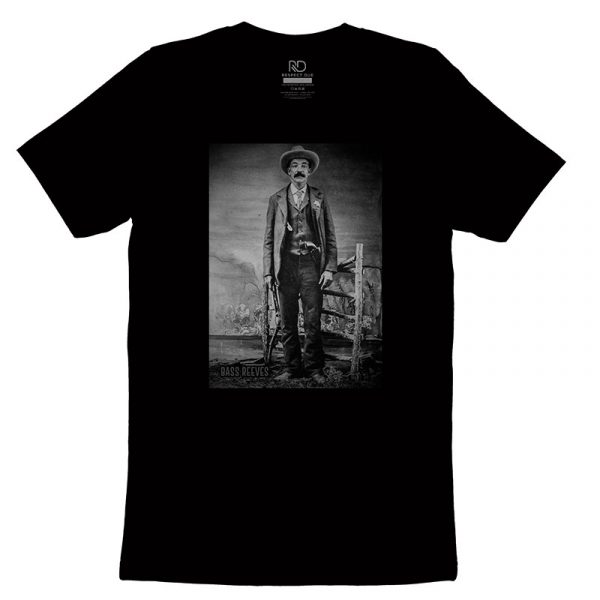 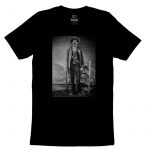 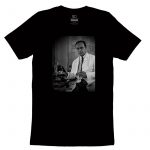 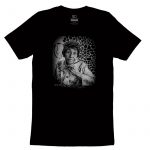 Alma Thomas Unisex T-Shirt
0 out of 5
( There are no reviews yet. )

Welcome to the Respect Due family the Bass Reeves! We salute you.

Bass Reeves (July 1838 – January 12, 1910) was an American law enforcement officer. He was the first black deputy U.S. marshal west of the Mississippi River. He worked mostly in Arkansas and the Oklahoma Territory. During his long career, he had on his record more than 3,000 arrests of dangerous criminals, and shot and killed 14 of them in self-defense.

Reeves was born into slavery in Crawford County, Arkansas, in 1838. He was named after his grandfather, Bass Washington. Reeves and his family were enslaved by Arkansas state legislator William Steele Reeves. When Bass was eight (about 1846), William Reeves moved to Grayson County, Texas, near Sherman in the Peters Colony. It appears plausible that Reeves was kept in bondage by William Steele Reeves’s son, Colonel George R. Reeves, who was a sheriff and legislator in Texas, and a one-time Speaker of the Texas House of Representatives until his death from rabies in 1882.

When the American Civil War began, George Reeves joined the Confederate Army, taking Bass with him. It is unclear how, and exactly when, Bass Reeves escaped, but at some point during the Civil War, he gained his freedom. One account recalls how Bass Reeves and George Reeves had an altercation over a card game. Bass severely beat George, and fled to the Indian Territory where he lived among the Cherokee, Creeks and Seminoles. Bass stayed with these Native American tribes and learned their languages until he was freed by the Thirteenth Amendment, which abolished slavery, in 1865.

As a freedman, Reeves moved to Arkansas and farmed near Van Buren.

Reeves and his family farmed until 1875, when Isaac Parker was appointed federal judge for the Indian Territory. Parker appointed James F. Fagan as U.S. marshal, directing him to hire 200 deputy U.S. marshals. Fagan had heard about Reeves, who knew the Territory and could speak several Native languages. He recruited him as a deputy; Reeves was the first black deputy to serve west of the Mississippi River. Reeves was assigned as a deputy U.S. marshal for the Western District of Arkansas, which had responsibility also for the Native reservation Territory. He served there until 1893. That year he transferred to the Eastern District of Texas in Paris, Texas, for a short while. In 1897, he was transferred again, serving at the Muskogee Federal Court in the Native Territory.

Reeves worked for 32 years as a federal peace officer in the Indian Territory, and became one of Judge Parker’s most valued deputies. Reeves brought in some of the most dangerous criminals of the time; he was never wounded despite having his hat and belt shot off on separate occasions.

In addition to being a marksman with a rifle and revolver, Reeves developed superior detective skills during his long career. When he retired in 1907, Reeves had on his record over 3,000 arrests of felons. He killed 14 outlaws to defend his life. Reeves had to arrest his own son for murder; Benjamin “Bennie” Reeves was charged with the murder of his own wife. Despite being disturbed and deeply shaken by the incident, Reeves nonetheless insisted on the responsibility of bringing Bennie to justice. Bennie was subsequently captured, tried, and convicted. He served 11 years at Fort Leavenworth in Kansas before his sentence was commuted; he reportedly lived the rest of his life as a model citizen.

When Oklahoma became a state in 1907, Reeves, then 68, became an officer of the Muskogee Police Department. He served for two years before he became ill and retired.

Reeves was himself once charged with murdering a posse cook. At his trial before Judge Parker, Reeves claimed to have shot the man by mistake while cleaning his gun; he was represented by former United States Attorney W. H. H. Clayton, who was a colleague and friend. Reeves was eventually believed and acquitted, possibly based on his exceptional record.

Reeves’ health began to fail further after retiring. He died of Bright’s disease (nephritis) on January 12, 1910.