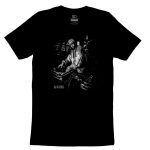 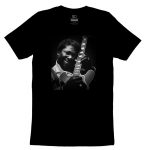 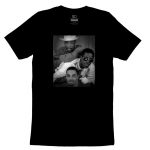 Welcome to the Respect Due family D-Nice! We salute you.

Derrick Jones (born June 19, 1970), better known by his stage name D-Nice, is an American disc jockey, beatboxer, rapper, producer, and photographer who began his career in the mid-1980s with the hip hop group Boogie Down Productions. He discovered Kid Rock in 1988, landing him a deal with Jive Records.

D-Nice currently works as a DJ as well as a photographer. He shot the album covers for Carl Thomas‘ 2007 album So Much Better and Pharoahe Monch‘s 2011 album W.A.R. (We Are Renegades). He also photographed the album cover for Kenny Lattimore‘s 2017 album, Vulnerable.

In March 2020, D-Nice began hosting Homeschool at Club Quarantine on Instagram Live from his home as a way for people to come together and help others cope with the COVID-19 global health crisis. The 3/21 Saturday night dance party ran 9 hours and D-Nice urged people to “take care of one another and wash their hands.” It drew over 100,000 viewers, including Rihanna, Lenny Kravitz, Nile Rodgers, Lalah Hathaway, Bernie Sanders, Joe Biden, Dwyane Wade, Janet Jackson, Fab Five Freddy, Michelle Obama, Mark Zuckerberg, Donnie Wahlberg, Angela Bassett and Sheila E. among others. The following day, March 22, his stream capped at over 150,000 simultaneous viewers.