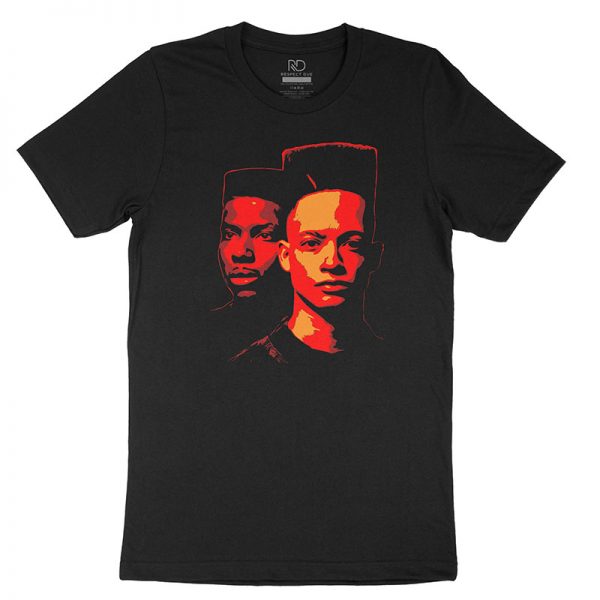 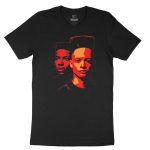 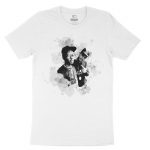 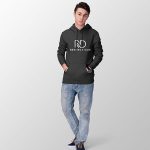 RD Unisex Fleece Pullover Hooded Sweatshirt
0 out of 5
( There are no reviews yet. )

Welcome to the Respect Due family Kid N’ Play! We salute you.

Kid ‘n Play is an American hip-hop duo from New York City that was popular in the late 1980s and early 1990s. The duo was composed of Christopher Reid (“Kid”) (born April 5, 1964) and Christopher Martin (“Play”) (born July 10, 1962) working alongside their DJ, Mark “DJ Wiz” Eastmond. Besides their successful musical careers, they are also notable for branching out into acting.

The pair met while performing in rival high school groups The Turnout Brothers and The Super Lovers, and initially formed their duo under the name The Fresh Force Crew. In 1986 She’s a Skeezer and Rock Me were recorded. By 1987 they had changed their name to Kid ‘n Play. 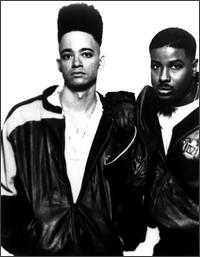 Kid ‘n Play recorded three albums together between 1988 and 1991: 2 Hype (1988), Kid ‘n Play’s Funhouse (1990), and Face the Nation (1991). Hurby “Luv Bug” Azor, the producer for Salt-n-Pepa (who had been a member of The Super Lovers with Play) served as Kid ‘n Play’s manager and producer during the early portion of their career. All three albums focused upon positive lyrics backed by pop-friendly instrumental tracks. Among the group’s most successful singles were 1989’s “Rollin’ with Kid ‘n Play” (#11 on the Billboard R&B singles chart), 1990s “Funhouse” (#1 on the Billboard rap singles chart), and “Ain’t Gonna Hurt Nobody” (another #1 rap hit). The group’s stage show highlighted their teen-friendly personalities, and dances such as their trademark, the Kick Step. Kid’s visual trademark was his hi-top fade haircut, which stood ten inches high at its peak. Martin regularly wore eight-ball jackets.

In addition to their music, Kid ‘N Play have starred together in five feature films, all of them based around hip hop characters and themes. The duo also appeared on the soundtrack albums to these films. Four of the Kid ‘n Play films were entries in the House Party series. The first two House Party films (1990’s House Party and 1991’s House Party 2) also featured the then-relatively unknown Martin Lawrence and Tisha Campbell, later stars of the TV sitcom Martin. House Party 3 (1994) featured hip-hop/R&B girl group TLC as the music group Sex as a Weapon. Kid ‘n Play were absent from the fourth film House Party 4 (2001), which has no connection to any of the prior films or the subsequent film, House Party 5 (2013) in which the duo make a cameo appearance, revealing how successful their characters have become since the events of House Party 3. House Party was originally meant for DJ Jazzy Jeff & the Fresh Prince. Years later in an interview with Halftimeonline.net DJ Jazzy Jeff revealed:

Class Act, produced in 1992, was a comedy in the same vein as the House Party films. For that film, Reid traded his trademark hi-top fade in for braids instead. The haircut is used as a plot device in the film.

Kid ‘n Play even had their own NBC Saturday morning cartoon, Kid ‘n Play, for one season from 1990 to 1991. On the show, Kid ‘n Play were regressed to teenagers, but their recording careers remained intact, as did their comic personas. The real Kid ‘n Play appeared in live-action wraparounds of the cartoons, but voice actors (again including close friend, Martin Lawrence) performed in the animated portions of the show. The show stressed positive role models, teaching kids how to get along and stay out of trouble. However, something must have gone awry in the production process, as all the audio for the show has all of the voices drowned out by the music. A 1992 Marvel Comics comic book based on the cartoon lasted nine issues. They also shot some segments for the PBS math show Square One TV and Sesame Street.

Kid ‘n Play were featured in the Adult Swim animated special Freaknik: The Musical as themselves. They also returned to the House Party series, appearing in House Party: Tonight’s the Night in which they reprise their roles from the first three films. Since the events of the third film, the two have gone on to become music superstars and CEOs of their own record label- Kick Power Records (a venture they began in the third film).

Reid continued acting, guest starring in a number of television sitcoms, including Full House, Sister, Sister and Smart Guy and hosting shows such as It’s Showtime at the Apollo and Your Big Break. Martin became a born-again Christian, and devoted his time to working on Christian-based hip-hop music projects. He eventually took his industry experience and founded HP4Digital Works, a multimedia company that provides pre- and post-production for film, digital, and live theater productions. He also founded Brand Newz, an online news magazine focusing on positive community leaders and events. Martin became a professor at North Carolina Central University in Durham, North Carolina (where he now resides). Martin was also a judge for the 8th annual Independent Music Awards. The duo is currently on a tour of the House Party anniversary along with other rappers such as Salt n Pepa.

Reid made a cameo appearance at the end of the LMFAO video for “Sorry for Party Rocking“, which recalled Kid n Play’s House Party movies.

On July 23, 2013, the duo made a cameo appearance in the fifth House Party installment, House Party: Tonight’s The Night.

On February 2, 2014, the duo made a cameo appearance in the RadioShack Super Bowl XLVIII commercial “The ’80s Called“.

Here is a video of them on The Breakfast Club in 2016.