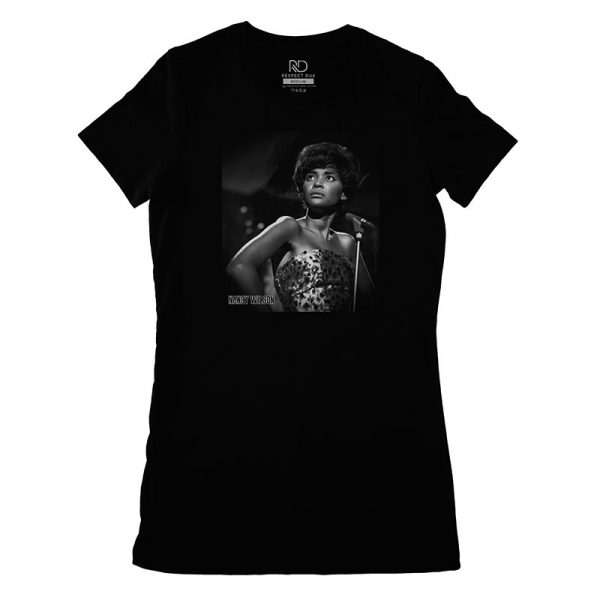 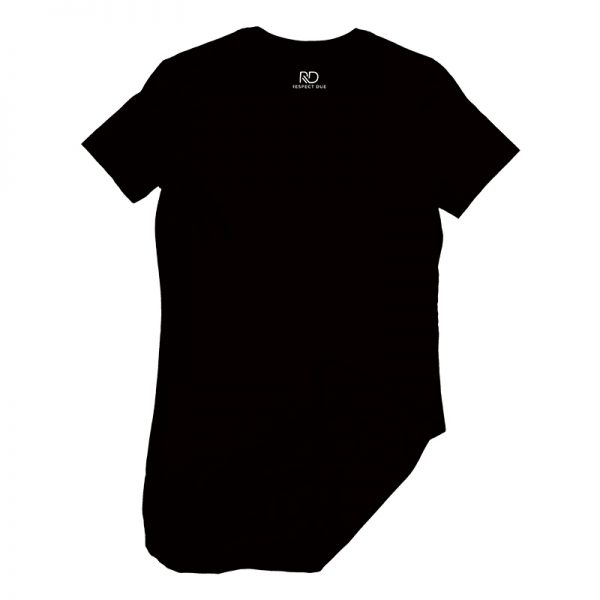 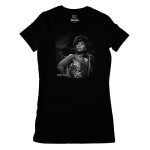 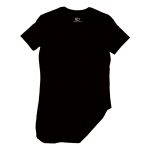 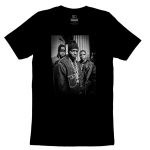 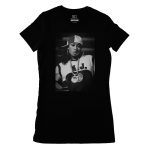 Missy Elliott Women’s T-Shirt
0 out of 5
( There are no reviews yet. )

Welcome to the Respect Due family the Nancy Wilson! We salute you.

Nancy Sue Wilson (February 20, 1937 – December 13, 2018) was an American singer whose career spanned over five decades, from the mid-1950s until her retirement in the early 2010s. She was especially notable for her single “(You Don’t Know) How Glad I Am” and her version of the standard “Guess Who I Saw Today“. Wilson recorded more than 70 albums and won three Grammy Awards for her work. During her performing career, Wilson was labeled a singer of blues, jazz, R&B, pop, and soul; a “consummate actress”; and “the complete entertainer”. The title she preferred, however, was “song stylist”. She received many nicknames including “Sweet Nancy”, “The Baby”, “Fancy Miss Nancy” and “The Girl With the Honey-Coated Voice”.

Nancy Sue Wilson was born on February 20, 1937, in Chillicothe, Ohio, the first of six children of Olden Wilson, an iron foundry worker, and Lillian Ryan, a maid. Wilson’s father would buy records to listen to at home. At an early age Wilson heard recordings from Billy Eckstine, Nat King Cole, and Jimmy Scott with Lionel Hampton‘s Big Band. Wilson says: “The juke joint down on the block had a great jukebox and there I heard Dinah Washington, Ruth Brown, LaVerne Baker, Little Esther“. Wilson became aware of her talent while singing in church choirs, imitating singers as a young child, and performing in her grandmother’s house during summer visits. By the age of four, she knew she would eventually become a singer.

At the age of 15, now attending Columbus, Ohio’s West High School, Wilson won a talent contest sponsored by the local ABC television station WTVN. The prize was an appearance on a twice-a-week television show, Skyline Melodies, which she later hosted. She also worked clubs on the east side and north side of Columbus, Ohio, from the age of 15 until she graduated from West High School at age 17. Unsure of her future as an entertainer, she entered college to pursue teaching. She spent one year at Ohio’s Central State College (now Central State University) before dropping out and following her original ambitions. She auditioned and won a spot with Rusty Bryant‘s Carolyn Club Big Band in 1956. She toured with them throughout Canada and the Midwest in 1956 to 1958. While in this group, Wilson made her first recording under Dot Records.

When Wilson met Julian “Cannonball” Adderley, he suggested she move to New York City for career opportunities. In 1959, she moved to New York to try to hire Adderley’s manager and get a contract with Capitol Records. Within four weeks of her arrival in New York she got her first big break, a call to fill in for Irene Reid at “The Blue Morocco”. The club booked Wilson on a permanent basis; she was singing four nights a week and working as a secretary for the New York Institute of Technology during the day. John Levy sent demos of “Guess Who I Saw Today“, “Sometimes I’m Happy“, and two other songs to Capitol. Capitol Records signed her in 1960. 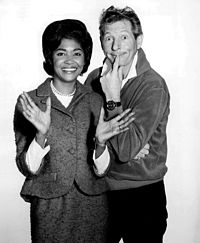 Wilson’s debut single, “Guess Who I Saw Today“, was so successful that between April 1960 and July 1962 Capitol Records released five Nancy Wilson albums. Her first album, Like in Love, displayed her talent in Rhythm and Blues. Adderley suggested that she should steer away from her original pop style and gear her music toward jazz and ballads. In 1962, they collaborated, producing the album Nancy Wilson and Cannonball Adderley, which propelled her to national prominence with the hit R&B song, “Save Your Love For Me“, and Wilson would later appear on Adderley’s live album In Person (1968). Between March 1964 and June 1965, four of Wilson’s albums hit the Top 10 on Billboard‘s Top LPs chart. In 1963 “Tell Me The Truth” became her first truly major hit, leading up to her performance at the Coconut Grove in 1964 – the turning point of her career, garnering critical acclaim from coast to coast. TIME said of her, “She is, all at once, both cool and sweet, both singer and storyteller.” In 1964 Wilson released what became her most successful hit on the Billboard Hot 100 with “(You Don’t Know) How Glad I Am“, which peaked at No. 11. From 1963 to 1971 Wilson logged eleven songs on the Hot 100, including two Christmas singles. However, “Face It Girl, It’s Over” was the only remaining non-Christmas song to crack the Top 40 for Wilson (#29, in 1968). 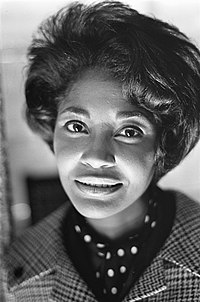 After making numerous television guest appearances, Wilson eventually got her own series on NBC, The Nancy Wilson Show (1967–1968), which won an Emmy. Over the years she appeared on many popular television shows from I Spy (more or less playing herself as a Las Vegas singer in the 1966 episode “Lori”, and a similar character in the 1973 episode “The Confession” of The F.B.I.), Room 222, Hawaii Five-O, Police Story, The Jack Paar Program, The Sammy Davis Jr. Show (1966), The Danny Kaye Show, The Smothers Brothers Comedy Hour, Kraft Music Hall, The Sinbad Show, The Cosby Show, The Andy Williams Show, The Carol Burnett Show, Soul Food, New York Undercover, and recently Moesha, and The Parkers.[10][13] She also appeared on The Ed Sullivan Show, The Merv Griffin Show, The Tonight Show, The Arsenio Hall Show and The Flip Wilson Show. She was in the 1993 Robert Townsend‘s The Meteor Man and in the film, The Big Score. She also appeared on The Lou Rawls Parade of Stars and the March of Dimes Telethon. She was signed by Capitol Records in the late 1970s and in an attempt to broaden her appeal she cut the album Life, Love and Harmony, an album of soulful, funky dance cuts that included the track “Sunshine”, which was to become one of her most sought-after recordings (albeit among supporters of the rare soul scene with whom she would not usually register). In 1977 she recorded the theme song for The Last Dinosaur, a made-for-TV movie which opened in theaters in Japan. 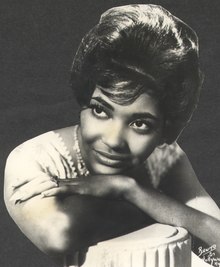 An undated photo of Wilson from the National Archives of Brazil.

In the 1980s, she recorded five albums for Japanese labels because she preferred recording live, and American labels frequently did not give her that option. She gained such wide popularity that she was selected as the winner of the annual Tokyo Song Festivals.

In 1982, Wilson recorded with Hank Jones and the Great Jazz Trio. In that same year she recorded with the Griffith Park Band whose members included Chick Corea and Joe Henderson. In 1987 she participated in a PBS show entitled Newport Jazz ’87 as the singer of a jazz trio with John Williams and Roy McCurdy. In 1982, she also signed with CBS, her albums here including The Two of Us (1984), duets with Ramsey Lewis produced by Stanley Clarke; Forbidden Lover (1987), including the title-track duet with Carl Anderson; and A Lady with a Song, which became her 52nd album release in 1989. In 1989, Nancy Wilson in Concert played as a television special. In the early 1990s, Wilson recorded an album paying tribute to Johnny Mercer with co-producer Barry Manilow entitled With My Lover Beside Me. In this decade she also recorded two other albums, Love, Nancy and her sixtieth album If I Had it My Way. In the late 1990s, she teamed up with MCG Jazz, a youth-education program of the Manchester Craftsmen’s Guild, nonprofit, minority-directed, arts and learning organization located in Pittsburgh, Pennsylvania.

In 1995, Wilson performed at the New Orleans Jazz & Heritage Festival and the San Francisco Jazz Festival in 1997. In 1999, she hosted a show in honor of Ella Fitzgerald entitled Forever Ella on the A & E Network. All the proceeds from 2001’s A Nancy Wilson Christmas went to support the work of MCG Jazz. Wilson was the host on NPR‘s Jazz Profiles, from 1996 to 2005. This series profiled the legends and legacy of jazz through music, interviews and commentary. Wilson and the program were the recipients of the George Foster Peabody Award in 2001. Wilson’s second and third album with MCG Jazz, R.S.V.P. (Rare Songs, Very Personal) (2005), and Turned to Blue (2007), both won the Grammy Award for Best Jazz Vocal Album. On September 10, 2011, she performed on a public stage for the last time at Ohio University in Athens, Ohio. According to Wilson, “I’m not going to be doing it anymore, and what better place to end it than where I started – in Ohio.”

Nancy Wilson – Can’t Take My Eyes Off You