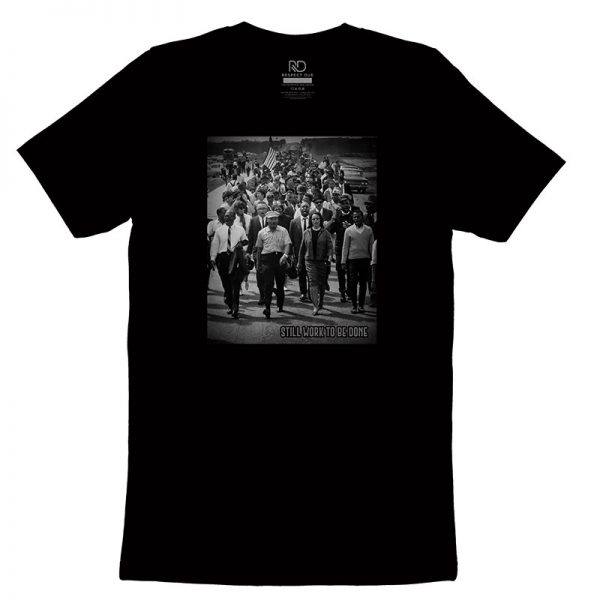 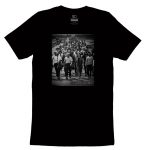 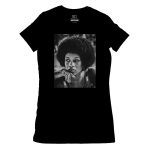 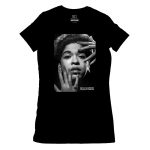 King, representing the SCLC, was among the leaders of the “Big Six” civil rights organizations who were instrumental in the organization of the March on Washington for Jobs and Freedom, which took place on August 28, 1963. The other leaders and organizations comprising the Big Six were Roy Wilkins from the National Association for the Advancement of Colored People; Whitney Young, National Urban League; A. Philip Randolph, Brotherhood of Sleeping Car Porters; John Lewis, SNCC; and James L. Farmer Jr., of the Congress of Racial Equality.

Bayard Rustin‘s open homosexuality, support of democratic socialism, and his former ties to the Communist Party USA caused many white and African-American leaders to demand King distance himself from Rustin, which King agreed to do. However, he did collaborate in the 1963 March on Washington, for which Rustin was the primary logistical and strategic organizer. For King, this role was another which courted controversy, since he was one of the key figures who acceded to the wishes of United States President John F. Kennedy in changing the focus of the march.

Kennedy initially opposed the march outright, because he was concerned it would negatively impact the drive for passage of civil rights legislation. However, the organizers were firm that the march would proceed. With the march going forward, the Kennedys decided it was important to work to ensure its success. President Kennedy was concerned the turnout would be less than 100,000. Therefore, he enlisted the aid of additional church leaders and Walter Reuther, president of the United Automobile Workers, to help mobilize demonstrators for the cause.

The March, a documentary film produced by the United States Information Agency. King’s speech has been redacted from this video because of the copyright held by King’s estate.

The march originally was conceived as an event to dramatize the desperate condition of blacks in the southern U.S. and an opportunity to place organizers’ concerns and grievances squarely before the seat of power in the nation’s capital. Organizers intended to denounce the federal government for its failure to safeguard the civil rights and physical safety of civil rights workers and blacks. The group acquiesced to presidential pressure and influence, and the event ultimately took on a far less strident tone. As a result, some civil rights activists felt it presented an inaccurate, sanitized pageant of racial harmony; Malcolm X called it the “Farce on Washington”, and the Nation of Islam forbade its members from attending the march. 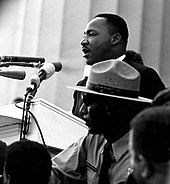 King gave his most famous speech, “I Have a Dream”, before the Lincoln Memorial during the 1963 March on Washington for Jobs and Freedom.

The march made specific demands: an end to racial segregation in public schools; meaningful civil rights legislation, including a law prohibiting racial discrimination in employment; protection of civil rights workers from police brutality; a $2 minimum wage for all workers (equivalent to $17 in 2019); and self-government for Washington, D.C., then governed by congressional committee. Despite tensions, the march was a resounding success. More than a quarter of a million people of diverse ethnicities attended the event, sprawling from the steps of the Lincoln Memorial onto the National Mall and around the reflecting pool. At the time, it was the largest gathering of protesters in Washington, D.C.’s history.

The March On Washington: How The Movement Began | MLK | TIME

John Lewis’ Historic Speech at the March on Washington | NowThis