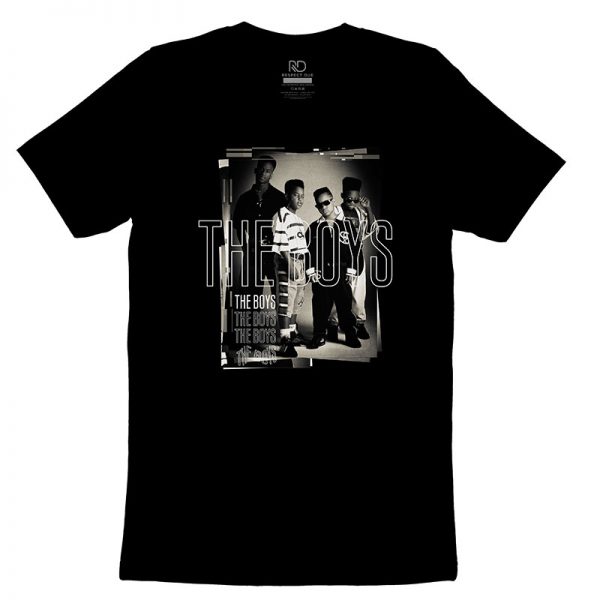 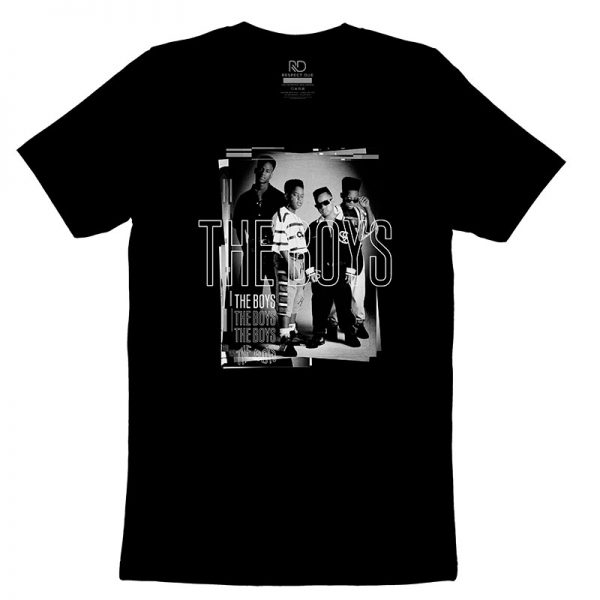 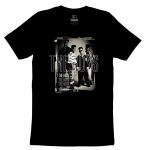 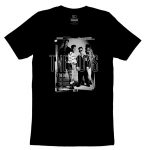 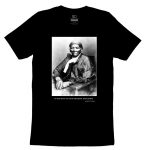 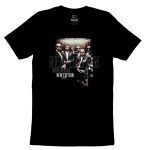 New Edition Unisex T-Shirt
0 out of 5
( There are no reviews yet. )

Welcome to the Respect Due family The Boys! We salute you.

Originating from Carson, California the Boys are composed of brothers, Khiry, Hakeem, Tajh and Bilal Abdulsamad. At first they performed as a boy band throughout Southern California with an act that incorporated R&B, Hip Hop and New Jack Swing. The Boys were eventually discovered by Jheryl Busby of MCA Records. MCA though were soon bought over by Motown and with Berry Gordy‘s retirement Busby became its new mogul. He soon got The Boys over to Motown where they issued their 1988 debut album Messages from The Boys.

Their first single, Dial My Heart became an instant hit charting at #1 and was soon followed by Lucky Charm which also reached #1 on the U.S R&B Chart. The album, produced by Babyface and L.A. Reid at first met with a dismal response from the group but eventually began to like it as well and it was certified Platinum and peaked at #32 on the Billboard 200.

Their fourth single “Crazy” became their third R&B number one the fall of 1990. Written by all 4 Abdulsamad brothers, it was their last R&B number one and significant record. Pepsi featured “Crazy” in a commercial and Jabari established a 900 number that for $2.50 a minute, you could chat with the Abdulsamad brothers in supposedly “real time,” and it was very successful.

Jabari did this without interference or compensation to Motown because he kept all of the Boys’ ancillary rights. That four-week course taught him to hold on to things like merchandising rights, etc. Motown wanted to get a manager for the group, citing Jabari and Angela’s inexperience as a weakness, but the couple stuck to their guns and never relinquished their managerial reins on their brood.

The group soon began to want more creative rights over their music and wrote and produced the single Thing Called Love. The single, bearing a sound similar to that of Messages From The Boys, wasn’t as successful as Crazy and failed to break the Top 10 reaching #14 on the U.S R&B.

In 1992, Hakeem began production work on their third and final studio album, The Saga Continues. Released on his own HAK Records, the album bore 3 singles, the title track, Doin’ It Wit’ The B (Bilal) and Tonite. Only the title track managed to chart reaching #15 on the U.S R&B. The album was a critical and commercial failure, reaching only #191 on the Billboard 200.

After the initial contract ran out in 1993, Motown awarded them with a new six-year deal. They accepted, then decided that they didn’t want to record for Motown anymore. The label had failed to promote their album. The group did produce for the label, working on the albums of Jason Weaver and Shanice. In 1995, the group finally left the record industry.

The Boys moved to Gambia in West Africa, learned the native tongue, set up a studio and began recording under the new name The Suns of Light.

The Boys – Dial My Heart